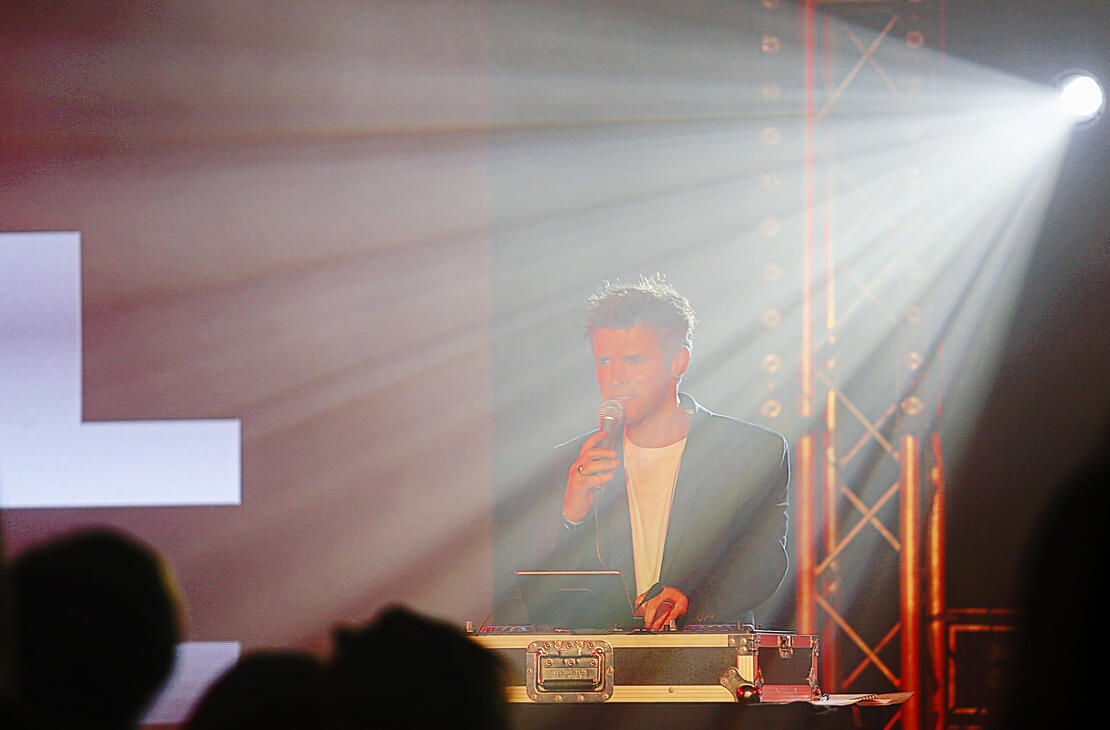 Based in Guernsey in the Channel Islands, Carl has over 30 years' experience in the entertainment industry. He's available to DJ or host your event right now. Drop Carl an email to find out more.

Carl has been DJing for over 30 years and hosts the mid-morning show on Guernsey's commercial radio station, Island FM. He's been at the station since its launch in 1992.Before getting involved with radio, Carl learned his trade on the mobile-disco circuit from the age of 15 & went on to spin the decks at several Guernsey nightclubs. His first residency was The Deep End at Cobo Bay (1988-1991), following that was a couple of stints at Scarletts (1991 & 1992) & then a 4 year run at The Golden Monkey (1993-1997), a venue he returned to for a year in 2005, which by then had changed its name to Barbados Beach Club. Some guest DJ appearances at Club 54 in 1999 are on his CV too. In 1991/1992 he spent a year in Blackpool, DJing at various nightclubs there. On top of all that he's DJ'd countless wedding parties, engagement gigs, office Christmas bashes & birthday celebrations. So if you're looking for DJs in Guernsey, you're in the right place!Carl is also available to host your event, whether it be a quiz night or a corporate function.You can email Carl to find out more.